Writing this review of Michelle Porter’s poetic memoir, Approaching Fire, taught me a lot about the distorting power of official public memory. The review was published in the Literary Review of Canada (reviewcanada.ca), March, 2021.

Three underlying facts propel this poetic and often poignant book: in September 1870, an anti-Métis militia stoned to death Elzéar Goulet, an uncle of the author’s great-grandfather, the fiddler Léon Joseph Robert Goulet; family photos and records were deliberately burned decades later; and a fear has been passed down generation to generation.

“Be careful,” a respected elder tells the author:
you’ll be criticized for 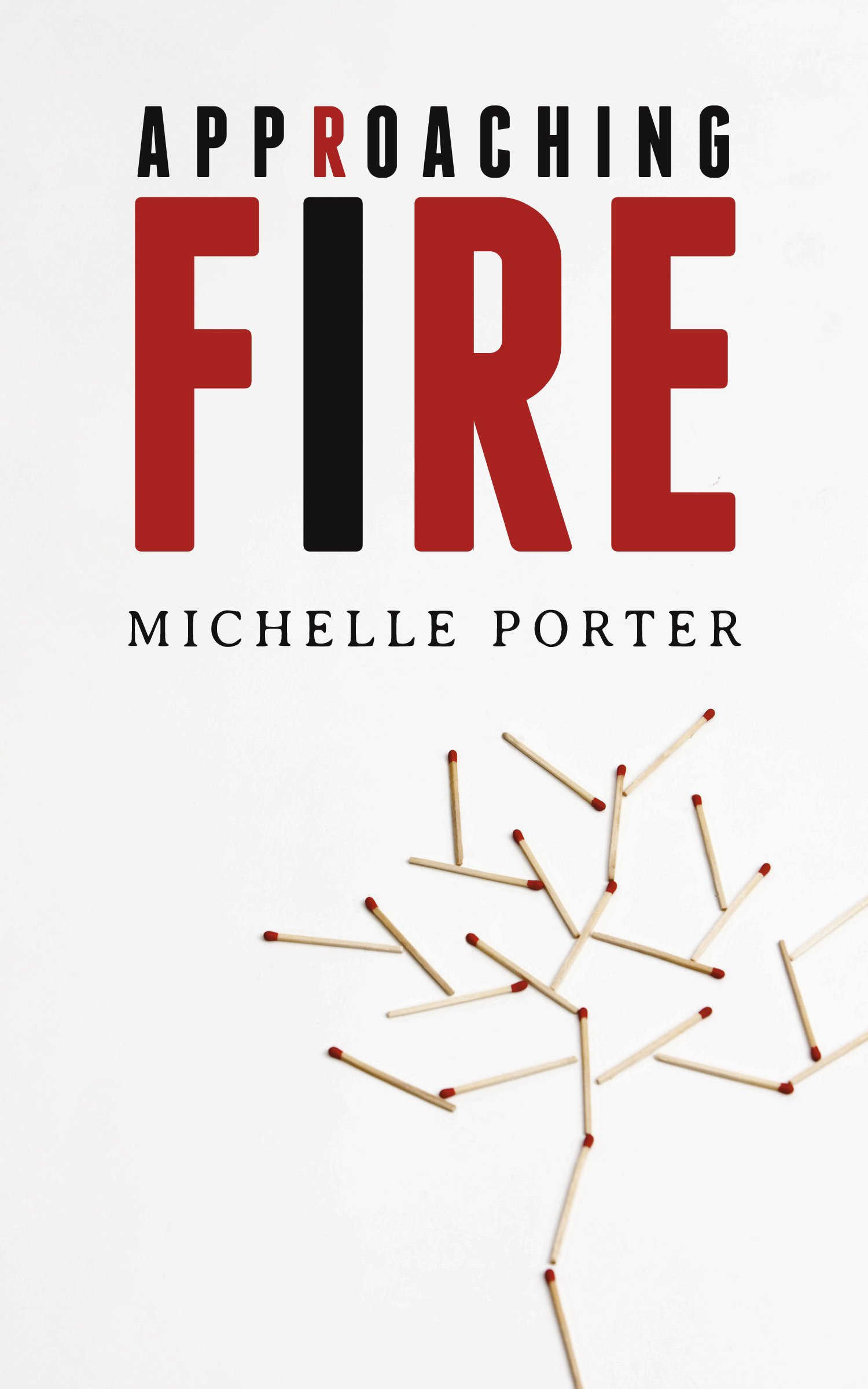 speaking out for
the Métis for
your people
for telling your story.

Approaching Fire is an exploration of absence, erasure, and the irrepressible yearning to discover what has been suppressed. Ostensibly, it is the poet, journalist, and writer Michelle Porter’s attempt to make sense of her great-grandfather’s career as a stage and radio performer in 1930s Winnipeg, before Léon Robert Goulet abandoned the spotlight and headed to Mission, British Columbia. The move was motivated, or so Porter’s been told, by a desire to protect his daughters “from what it meant to be Métis in Manitoba.” One of those daughters, Porter’s beautiful grandmother Estelle, ends up incapacitated by depression: “Was this beauty a comfort to her then? She’s / falling and falling and she can’t get out of bed.” Goulet’s cousin Lillian comes west to help care for Estelle and her six siblings. While there, she takes it upon herself to destroy all the family memorabilia, though this only becomes clear toward the end of the book. But suggestive hints about her setting a fire out back, where no one can stop her, are dropped throughout. They stalk the narrative like a curse.

This curse is in keeping with a much larger story. As Porter says early on, quoting the lawyer and author Jean Teillet, the boundaries of the Métis Nation have always been more social than geographic, composed of stories that lend muscle, bone, and memory to that foundational word—Métis. “This word is a story we are telling each other,” Porter writes. But what happens when all you’re left with is scraps—and charred ones at that? Porter learns that her great-grandfather left school after grade 3, for instance. But the reason why “didn’t make it to my mother’s oral histories.”

With little to go on, Porter creates something of a scrapbook of her hit-and-miss search—a patchwork of poems, semi-scholarly expositions on the science of controlled burnings and inter-generational traumas, and excerpts from an oral history going back to the dying days of the buffalo hunt. There are also posters for Goulet’s performances, sometimes with his daughters, and various record labels, including one from “Red River Jig,” which he recorded for the RCA Victor label in 1928.

It’s an ambitious mix, made even more so by Porter’s decision to leave so much unexplained. Cryptic newspaper clippings about Métis scrip—a type of land voucher system that Ottawa created in 1870—are an example. One, posted by A. Gauvin & Co of St. Boniface, announces: “Half-breed scrip for sale.” In another, “Fred J. Hosken begs to notify persons desirous of purchasing Half-Breed scrip (which will entitle the holder to 160 acres of land in the Province of Manitoba).” Yet another reports someone in Montreal exhorting people to go west because “Now the Half-breed land scrips and homesteads are being literally given away.” These references flit through the pages like ghosts, suggesting how scrip served more as a medium of land dispossession than possession – though not saying so, or daring to say so, explicitly.

In Wayward Lives, a speculative non-fiction account of Black women’s lives in early twentieth-century America, the Columbia University professor Saidiya Hartman writes, “Every historian of the multitude, the dispossessed, the subaltern, and the enslaved is forced to grapple with the power and authority of the archive and the limits it sets on what can be known, whose perspective matters, and who is endowed with the gravity and authority of historical actor.” In that sense, it seems that Porter’s intent with Approaching Fire is not so much to inform as to evoke. By using what the archives do offer, she draws attention to what’s missing, and suggests that the preserved record misleads and distorts: “And what is the story / I am making beside his / alongside his music / as if I too am lost?”

In many clippings, Goulet appears impeccably groomed in suit and tie, with nothing to signify his Métis identity. Similarly, recurring references to “old-time” music and musicians suggest a culture that’s partially sequestered in the past:

The flute vanished
almost as if the final French-Canadian connection
had walked away hardly ever spoke French anymore
and the Michif passed down the line
was the language played on the fiddles.

Before he was murdered, Porter’s ancestor Elzéar Goulet was part of Louis Riel’s provisional government and served on the court martial of Thomas Scott. Yet another of Elzéar’s brothers, Roger, became a successful land surveyor, making it easier for settlers to take up the land; and Robert Goulet’s own father, Maxime, became a minister of agriculture in the newly formed Manitoba government. How does one reconcile the seeming contradictions of one’s family tree?

Burdened with the accumulating questions, Porter begins a series of speculative letters addressed to her great-grandfather (“Dear Pépé”). But after a promising first of these—“With each word I place on paper, I am looking for you”—the prose becomes become disappointingly shallow. By contrast, Porter’s poetry shines, especially as she focuses on the often anguished and frustrated experience of her quest. Some of the best poems employ metaphors of beadwork—“negotiating” the needle’s passage, the “blood” of a pricked finger, the tension of threads.

Ultimately, Porter does not answer all of her questions  but merely posing them and letting them hang might be enough. It might also help mark this book as part of an important emergent (de-colonizing) literature, a kind of shadow companion to Alberto Manguel’s A History of Reading. Call it a History of Un-reading: a reckoning with all that has been written off, written out and over-written in mainstream cultural history.